I am currently practicing for the Midsummer Concert on Sunday, July 25th. This time, we will focus on “Stornellata marinara” composed by Pietro Cimara.

Pietro Cimara is an Italian born in 1887. He was a composer, pianist and conductor.
He was taught composition by Respighi at the Conservatorio Santa Cecilia in Rome. After his debut, he was active in theaters throughout Italy as well as in the Metropolitan Opera in New York. (His New York era 1927-1958)
He died in 1967. Much has not been told about his life.

This song “Stornellata marinara” is a composed for a poem in the form of “Stronello”. Stornello usually refers to a short form of poetry that sings romance or satire.
In this song, the 1st and 2nd stanzas rhyme with “e” and the 3rd and 4th stanzas rhyme with “o”.

The introduction, which begins with the development of the chord of 3, is developed by ascending the bass, and the melody is copied with the waves returning. The first stanza is sung so that it is drawn from the sound form (measures 3 to 4) that guides the theme of the song.

Ah! Seaweed!
When some great pain is on me,
I sing Stornello in my heart for you,
for the sadness passes away and the tears banish.

In the second stanza, it changed to B flat major, and the daily scene of the singer is described. The arpeggio seems to express the gentle ripples and the warmed love at the same time.

Ah! Seagull is crying!
The wave whispers under your balcony to you.
And like that my song also goes to you.
That I sing for you, who is the flower of passion.

Enter the 3rd stanza with a variation of the introduction in between. The seven-tuplet arpeggio, which expresses the scene of moonlight, is reminiscent of the night scene of the sea.
Anxious feelings of suffering from love are sung while looking at the pier.

Ah! The moon above the pier.
The gaiety of the song is to for Heaven.
And the joy of life should in everywhere in the sky.
Yet I’m in the sadness feeling loneliness.

The third stanza ends gloomyly with e-moll. The short interlude that follows will completely change the world. It changes to B major as if it were dawn, and after that, the overflowing feelings for loved ones are sung brightly.

The ocean where pearls sleep!
For your red lips which is like garnets,
I detach the songs like a red petals.
Ah! for lips that I fallen in love to!

This passionate song can be heard in the first part of the concert “Midsummer Concert -In the Shade of Poetry-” at the Hikarigaoka Museum of Art on Sunday, July 25th.
You can also watch ondemand movie on “Peatix”

The soprano is singer Eriko Iida and pianist Yunosuke Takahashi. In the second part, we will invite Erhu player Takushi Teraoka to form a trio.
It is a program that makes you feel refreshed in the middle of summer. Please come and hear by all means! 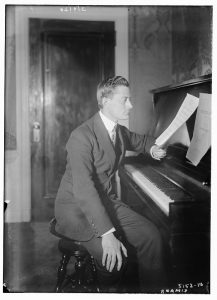 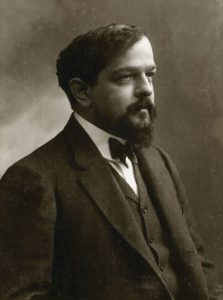 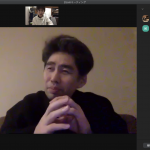